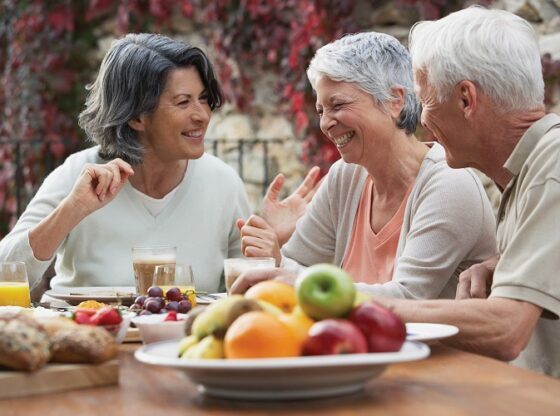 Our property ladder model of housing dictates that older Americans eventually downsize. Some delay until retirement so as to make sure their downsizing strategies coexist with their retirement budgets. At any rate, downsizing has been a foregone conclusion for America’s seniors for the better part of two or three decades.

That could be changing. According to a recent report published by Forbes, housing supply could dwindle to historic lows in 2020. They cite data from Realtor.com’s 2020 National Housing Forecast that suggests a continuation of the national housing shortage fueled, in large part, by erosion of growth in new housing starts.

One of the main culprits cited by the forecast is a growing number of baby boomers deciding to age in place. Rather than sell their homes and downsize to smaller condos or rental units, they are staying put. That means fewer houses for sale. It means fewer choices for new buyers just getting ready to step on the first rung of the property ladder.

Reasons for Aging in Place

It would be interesting to dig into why baby boomers are choosing to age in place in greater numbers. Until such hard data is available, we are left to speculate. However, no worries. There are plenty of potential reasons to consider. First among them is economics. It might just be cheaper to stay put.

Let us assume that an older couple’s home is completely paid for. Their housing expenses are limited to utilities, property taxes, and routine maintenance. They are likely in a very affordable situation and one that is financially comfortable. Could it be the downsizing will end up costing them more? Maybe they will end up with higher property taxes and more expensive maintenance.

The other side of that coin is debt. You might have a couple that still owes tens of thousands of dollars on their mortgage. The debt is high enough that they couldn’t afford to sell the home and downsize without putting themselves further behind. As such, it is better to just age in place and keep a lid on expenses.

Another reason for aging in place is not wanting to give up a family home that you have lived in for decades. There just isn’t enough appeal in going elsewhere. If an attachment to home is strong enough, it might even be worth paying someone to handle routine maintenance if doing so means keeping the family home.

Downsizing is so common that most of us are familiar with the reasons for doing so. At the top of the list is being able to achieve a carefree lifestyle by moving into a smaller home that requires less work. For example, imagine selling your home in Salt Lake City and purchasing a condo instead. The scenario is quite common, according to Utah’s CityHomeCollective, a local real estate and design company. That’s part of the reason why their Salt Lake City condo listings are so popular.

By downsizing, baby boomers are also eliminating the work that comes with owning a larger home. By downsizing to a condo, they eliminate having to mow the grass, cut the shrubs, clear the snow in the winter, etc. All of that is handled for them.

For some baby boomers, downsizing ends up being cheaper. There are some environments in which renting an apartment costs less than maintaining a home and paying high property taxes. Renting also eliminates the need to repair broken furnaces, replace worn-out carpeting, and so forth.

It is not exactly clear why some baby boomers are choosing to age in place rather than downsizing. What we do know is that a growing number of them doing so is limiting the housing supply.

Top Tips to Find Your Villa for Rent
How to choose brand name business idea?